The AMBUstat™ program was launched because of the reality that pathogenic microorganisms are often carelessly mishandled in spaces where there should be an expectation of their residency. 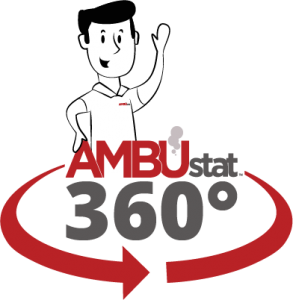 AMBUstat™ originally began in late 2014 as an effort to identify a resource to assist first responders in their efforts to react to and manage the Ebola Virus pandemic scare. That effort evolved into a commitment to develop a system designed specifically to deploy an appropriate decontamination agent that would be adopted as a standard around the globe; satisfying economical, environmental, political and societal concerns.

However, once the early prototypes of the system were deployed for evaluation, we quickly learned that, regardless of how effective our system might be, we needed to wrap a very strong proactive program around it. The program would resolve a resource deficiency that exists, despite a seemingly endless list of resources dedicated to the issue of infection prevention and control.

We quickly determined that we must take the lead in educating prehospital first responders in the basics of proactive infection prevention and control principles. Along with the development of a strong peer network and a catalog of best practices, our system includes a comprehensive program that can be rolled out around the world. With such a strong program, public health officials – from local to federal levels – can best communicate their needs and maintain effective action plans that can be modified swiftly to respond to emerging threats.

The Ebola Virus pandemic scare taught us that prehospital first responders waited on the Centers for Disease Control (CDC) with bated breath to determine how they should manage the threat. Had our AMBUstat™ program already been in place, these brave men and women would have never been in that situation. With AMBUstat™, agencies around the globe could have already been adequately conditioned to manage the threats posed by pathogenic microorganisms and they would have already been thoroughly decontaminating their spaces after every patient or client encounter.

With this standardized conditioning, first responders would have only been primed to identify specific symptoms and adjust their care plans respectively, rather than find themselves scrambling for solutions and starving for direction.

As you mature with the program, we will be here to support you with a virtual hand on your shoulder while you are taking the necessary steps towards success. To learn more details about the AMBUstat™ 360⁰ program, please Contact Us!